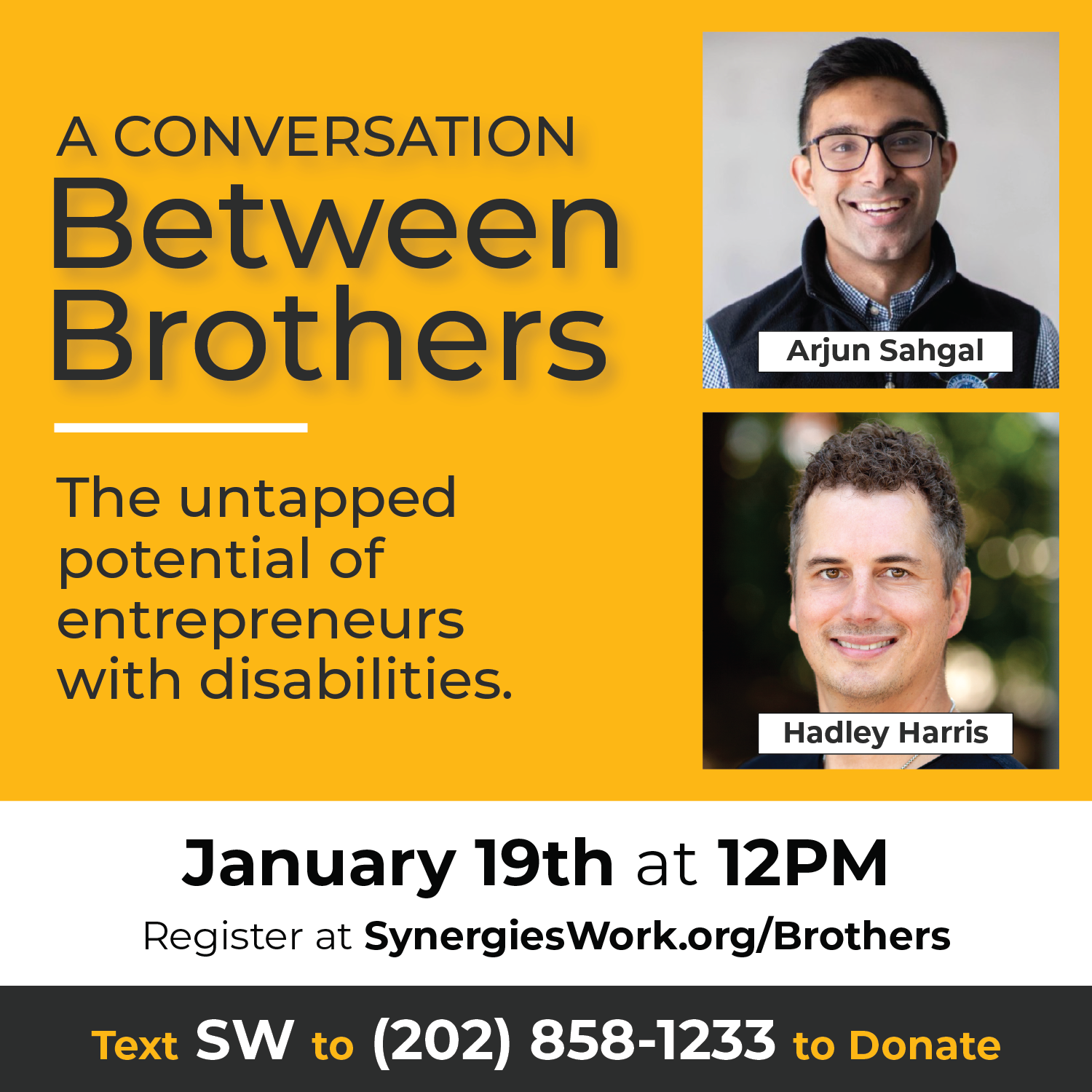 Stories That Bring Us Together | Episode 3

Arjun Sahgal is the general manger at Future Labs, NYU. Arjun Sahgal is the General Manager for Investments and Programming at Future Labs and a board member at Synergies Works. He started his career at Silicon Valley Bank before transitioning to co-founding his startup Eazel. After growing Eazel, he exited in 2019 and started working on the other side of the table at the Future Labs Accelerator. Outside of work, Arjun is a marathoner, wannabe triathlete, and squash player. Synergies Work is close to his heart as his younger brother, Angad who has Down syndrome.

Hadley has done a little bit of everything on the path to co-founding Eniac. Starting as a developer and engineering team lead at Pegasystems, he later took on roles as a product manager at Microsoft and strategist at Samsung, where it became clear that big companies were not for him. In 2007 he was very fortunate to join a couple talented AI founders out of MIT at Vlingo where he ran a several aspects of the business across product, strategy, and marketing until it was sold to Nuance for $225M. He rolled his experience building a successful startup into Thumb, where as CBO he helped the real-time recommendation app reach user engagement levels second only to Facebook before being acquired. Hadley grew up in downtown Boston, where he started his first company Beantown Odd Jobs at the age of 13. Ask him about their fake parking ticket marketing campaign Outside the office Hadley enjoys yoga, meditation, mixing music, beating Nihal in tennis, and exploring NYC with his wife and son. Hadley is passionate about improving the lives of people with intellectual and developmental disabilities, which stems from his close relationship with his brother Traves. He is a Board Director for Cardinal Cushing Centers, which serves adults and children with intellectual disabilities across 4 campuses in Massachusetts. Hadley is still paying off student loans for his MBA from Wharton and bachelors in Engineering from the University of Pennsylvania.